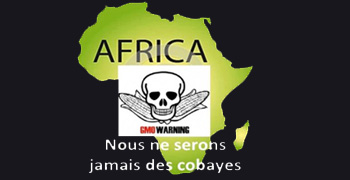 Open letter: Do not let Africans be used as guinea pigs

The Alliance for Food Sovereignty in Africa calls for an immediate ban on the import into South Africa of Monsanto’s second-generation genetically modified (GM) corn intended for human consumption. AFSA rejects and condemns the US company Monsanto’s plan to exploit millions of Africans as unintentional human guinea pigs for their latest genetic engineering experiment. AFSA also condemns IITA’s field trial application in Nigeria using the same risk technology to produce GM cassava for the agrofuel industry.

These GM applications target staple foods, maize and cassava, consumed by millions of Africans every day. Scientists have reported that the untested gene screening effect is capable of transmitting to mammals and humans and affecting their genetic makeup with unknown potential negative consequences and have required long-term testing of animals and regulation stronger before it continues.

The last move in the forcing of GM in Africa

The Johannesburg-based African Center for Biodiversity (ACB) raised the alarm, warning that in July 2017, the South African government received a request from Monsanto for permission to import (for food, the animal feed and processing) a "multi-stacked variety" of GM maize-MON87427 × MON89034 × MIR162 × MON87411. South Africa is not only the only country on the continent to commercially grow GM corn, but it also exports grain and GM corn products to various countries in the continent.

This would be the first time that this second generation of genetically modified organisms (GMOs) has been authorized in Africa. Unlike standard first-generation GMOs, which have inserted genes from other organisms, this genetic corn variety uses the RNA interference pathway (RNAi) - also known as gene inhibition. This aims to kill the harmful western rootworm corn (diabrotica virgifera) by interfering with ("quenching") their genes. The fact that South Africa does not have these pests suggests that the real goal is not pest control at all.

These second generation genetically modified crops are associated with new and unexplored biosecurity risks. The biosafety prevention tests of MON87411 have been miserably inadequate to date and have been based on safety assumptions, while ignoring the latest scientific understanding of the long-range effects of RNA interference (ribonucleic acid), who is now supposed to cross the barriers of species - and even barriers of the realm. These risks need to be addressed through appropriate protocols and risk assessment experiments, testing for effects on animal and human tissues and long-term testing in animals. Nothing none of this has been done; The risk assessment was performed only on the basis of assumptions and computer models.

"We do not know enough about the technology of RNA interference to determine if the genetic engineering (GI) cultures developed with it are safe for people and the environment. This is an attempt to give crop biotechnology a more benign face, all it has really done is to expose the shortcomings of GE’s US crop regulations. These approvals are riddled with holes and are extremely disturbing, "said Doug Gurian-Sherman, Ph.D., director of sustainable agriculture at the Food Security Center.

These GMOs are the last of the GM push in the wider African continent. Nigeria has recently received a request for field trials of a GM cassava variety that uses RNAi to disrupt genes to reduce the amount of starch thaw during storage.

Scientists who dare to challenge the sight of GMO establishment are also "Disabled". Jonathan Lundgren is an award-winning entomologist who has published nearly 100 peer-reviewed journal articles since the launch of the United States Department of Agriculture’s Agricultural Research Service. His recent research refuted the industry’s claim that RNAi technology can target specific pests and leave everything else in the ecosystem alone and concluded that it is "largely unknown" to the length of time that the material RNAi pesticide will persist in the environment. Lundgren, who is currently not allowed to speak to the media, said his work "triggered an official campaign of harassment, obstruction and retaliation" from his superiors. "He went from the Golden Boy to the No.1 public enemy," says Jeff Ruch, Executive Director of Public Employees for Environmental Responsibility (PEER).

Africans should never be guinea pigs

The award-winning Hollywood thriller "The Constant Gardener" has raised public awareness of the tendency of some unscrupulous global corporations to reduce drug launch costs and avoid regulatory constraints by testing new pharmaceuticals in developing countries. Interviewed in The Guardian in 2011, Ames Dhai, director of the Steve Biko Center for Bioethics at the University of the Witwatersrand, South Africa, said: "Less ethical review, early under-reporting of side effects and risk lower litigation, make research in the developing world less demanding. "

Monsanto appears to be copying from the Big Pharma Playbook, using Africa as its cheap test lab. Nnimmo Bassey, the award-winning environmental activist, said applications of genetically modified maize and cassava: "We are ready for the epic battles ahead of this dangerous, useless and untested technology. We will never be guinea pigs! "

The Bill & Melinda Gates Foundation (BMGF) is behind much of GM research in Africa and has injected millions of dollars into the development of GM corn, GM cotton and GM cassava. Despite this massive investment, the first generation of GMOs in Africa has not yet shown a positive impact; Indeed, he deepened the inequalities. Yet this second-generation technology is pushed to Africa, bringing incredible new risks for our people. The British newspaper, The Independent, has implicated the BMGF in a report on pharmaceutical companies that allegedly conducted clinical trials in developing countries without the proper informed consent of those tested.

Russian roulette with our lives

Organics International President André Leu said: "RNAi is a completely untested technology that should not be released into the environment. It has the potential to disrupt all life on earth, including us. He warns: "While GMO promoters will argue that each RNAi fragment will only affect the targeted genes, the scientific evidence shows that it can affect multiple non-target genes. This will result in unknown results. They could cause diseases such as cancer if they activate oncogenes - or sterility by removing the genes for fertility and reproduction. They could affect viruses and bacteria to make them more dangerous. It’s really Russian Roulette with our lives. »;

AFSA requests that, although these risks remain, the introduction of this untested RNAi technology is clearly prohibited by all Member States of the African Union. Regulators in South Africa and Nigeria are urged to reject the import of GM maize and GM cassava field trials. These grave threats to the health and well-being of the peoples of Africa must be recognized, understood and resisted.

AFSA advocates for food sovereignty - the right of people to safe and culturally appropriate food produced by environmentally sound and sustainable methods and their right to define their own food and agricultural systems.

We call on African policymakers to reject genetic engineering and support transition to agroecology as the sustainable future of agriculture in Africa. 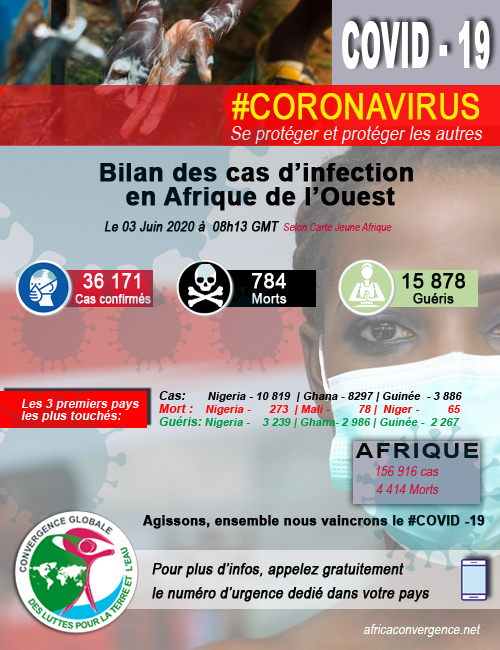